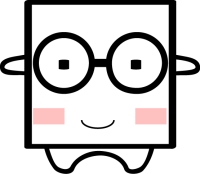 Just a few questions to jog your memory with all things diabetes. See how many you can get!

1. When was insulin first discovered and extracted for the use in diabetic patients?

2. What was the name of the first patient treated with insulin?

3. Which year was World Diabetes day recognised by the United Nations?

4. I am an autoimmune disease I attack beta cells in the pancreas, not allowing my victim to produce insulin. What type of diabetes am I?

5. Hypoglycaemia is a term used to refer to:

6. What is diabetic ketoacidosis (DKA) a result of?

7. How many people worldwide have Type 2 diabetes?

8. Which of these symptoms is not a symptom of untreated diabetes?

9. When was the first blood glucose meter invented ?

10. Think of one positive thing you’ve learnt from your diabetes and please share those positive thoughts with me.