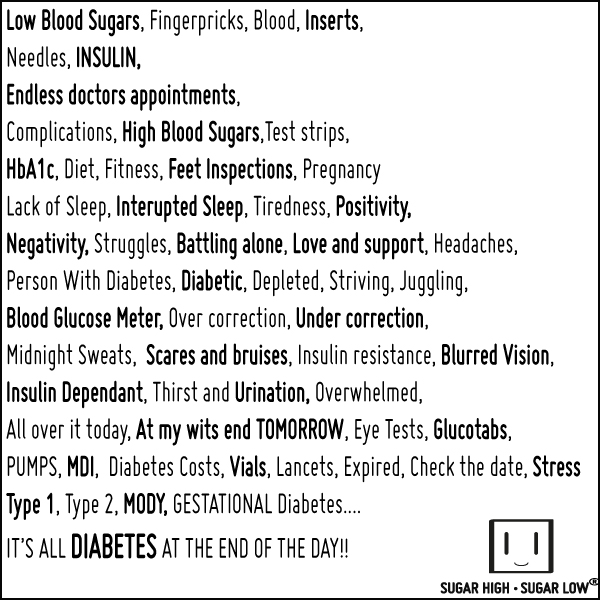 Just remember friend’s, stay determined, be positive and don’t let diabetes stop you from being able to do the things you want to do. Yes, it’s a challenge, but you are more than capable of overcoming it. Struggle through it and you’ll soon discover how much stronger you have become.

Sending love and support to all the carers giving their all to help their loved ones fighting this ever so demanding condition and from one person with diabetes to another, keep on going xx 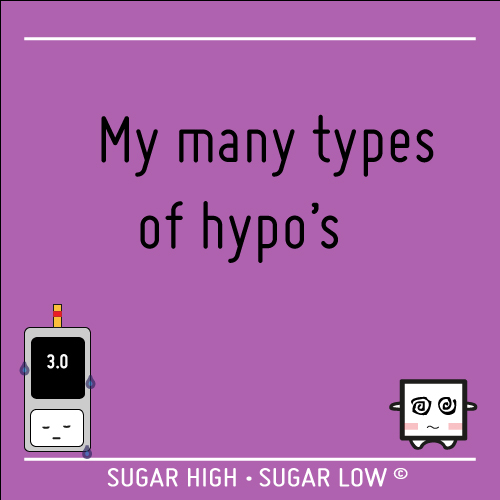 Hypo’s can be very unpredictable and can affect everyone in different ways. Here are a few of the hypos i’ve experienced.

These are just a few of the hypos I’ve experienced over the years. What type of hypo’s have you experienced?

What is Type 1 Diabetes?

Type 1 diabetes occurs due to a lack of the hormone Insulin in the body (Insulin is  produced in the pancreas). When food is ingested this lack of Insulin causes blood glucose levels to rise as the glucose builds up in the blood stream.

Being diagnosed with type 1 diabetes meant that I had to accept the dreadful truth that I now had this for the rest of my life and that I was now Insulin dependent.

There are two options for Insulin treatment. Either by injection or Insulin pump therapy. When I first became diabetic I only had the option of injecting therefore  I started my insulin treatment with injections, injecting twice a day. But as I grew,  my body required a lot more insulin. So my twice a day dose was then increased to five times a day. I asked myself, ‘How was I going to do five injections a day?’ I had only just got the hang of having to inject twice a day

As difficult as I thought it was going to be, I remained calm and positive about the new situation I found myself in. I said to myself, ‘Amina you have no choice. It’s either you take control of this condition by taking five injections a day or succumb to it and let it control you.’ Despite my apprehensions,  I  remained on five injections a day for many years. As doubts crept into my mind again,  I remember thinking I was going to be taking five injections a day  forever (which seemed like a long time). During August 2009,   I was contacted by my diabetic healthcare team to tell me that my insulin pump had arrived. It couldn’t have come sooner! 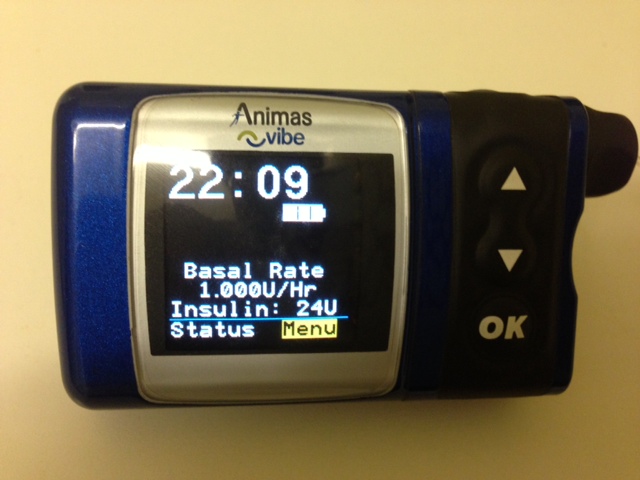