They say, that there is a vaccine that can not only halt type 1 diabetes in its tracks but also that it has the ability to reverse the condition.

When I first read about this vaccine, it really did sound too good to be true. Could it be the cure we’ve all been waiting for? Or, is this yet another diabetes research breakthrough which amounts to nothing? This vaccine has been depicted as a “promising vaccine”, an “ideal vaccine”, a truly effective treatment.

But what is this vaccine and does it, will it really work for someone like me? 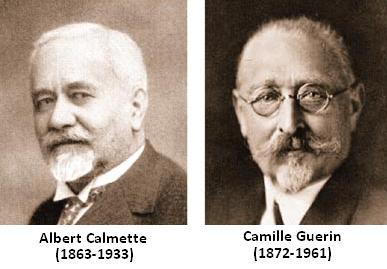 This vaccine, would you believe, has actually been around since the 1920’s. It was first cultured by Albert Calmette and Camille Guerin at the Pasteur Institute in Lille, France.The Bacillus Calmette-Guerin otherwise known as (BCG) vaccine has been used to cure Tuberculosis and Bladder cancer and has been very successful.

It has been used in trials ( in both mice and humans) to show its impact on Type 1 diabetes, with positive results so far. The research is being carried out by Dr Denise Faustman, MD, PhD and her main focus is to carry out trials on individuals who have had diabetes for five years or more. She has targeted adults between the ages of 18 to 60 to determine how effective this vaccine will be in reversing type 1 diabetes.

To understand why this vaccine was chosen, we must first consider how Type 1 diabetes occurs in an individual.

We live in a world full of germs, viruses, bacteria and toxins (invaders). The immune system plays a huge role in protecting us from these possible harmful microbes. When harmful invaders try to infect us, the immune system is able to first sense the presence of these invaders and then it is able to destroy any foreign cells.

With Type 1 diabetes, the immune system confuses its own cells as foreign cells.  Attacking and destroying healthy beta cells. This is known as autoimmunity or self-attack! Type 1 diabetes is then, in fact, an autoimmune disease and NO it’s not caused by eating too much sugar. It’s so much more complex than that.

So what role does the BCG vaccine play?

The BCG vaccine would possibly be able to halt or reverse the beta cell deterioration in individuals who have the condition. It would conceivably reduce the amount of insulin needed or remove the need for insulin completely.

The way in which vaccines usually work are, a less potent version of the vaccine is injected into you and it allows the immune system to build up immunity against potentially threatening viruses. In a sense, your body becomes stronger and more capable of dealing with any bigger potential threats.

With Type 1 diabetes, the immune system produces antibodies which are capable of killing off beta cells. The vaccination would be used to encourage the immune system to see the beta cells as no longer being harmful which will then allow cells to grow and repair whilst avoiding a decline in beta cells. Hence a healthy production of beta cells like a non-diabetic individual.

Type 1 diabetics are deficient in the hormone TNF (Tumour Necrosis Factor) which is able to produce good T-cells and reduce the presence of bad T-cells. These bad T-cells are responsible for encouraging the immune system to terminate healthy beta cells. The BCG vaccine would be able to increase levels of the TNF hormone whilst potentially removing bad T-cells.

During the trials BCG doses were administered to patients which resulted in an increase in TNF levels, removing bad T-cells which will then allow the immune system to function as it would in a person without diabetes.

This is only the beginning and there is still a lot that has to be researched. I have so many questions:

– What dosage would be required to make the reversal process successful?

– Would it really be permanent?

– Would I have to have continuous vaccinations and how frequently would this need to happen?

– Would I still partially need to take any insulin?

– What would the long-term effects of taking the BCG vaccinations be?

As someone who keeps up to date with all the diabetes research and advances in diabetes. I must say that this one does sound very promising. However,  I remain sceptical because you must understand that there are so frequently many different research projects surrounding diabetes which have been labelled the possible next cure for Type 1.

Even still, I remain hopeful, I remain positive that one day one of these research projects will succeed and finally bring to light the cure we’ve all dreamt of. We’ve come such a long way from the times when having diabetes was an automatic death sentence. Without the discovery of insulin, and the endless hours of research executed by Dr Frederick Banting, where would we be today?

I won’t give up on that cure! I continue to pray that, one day it will come. As they say, “Nothing worth having comes easily”

I will definitely keep following the progress of this vaccine and hopefully, I’ll have something great report when they next showcase their research findings.