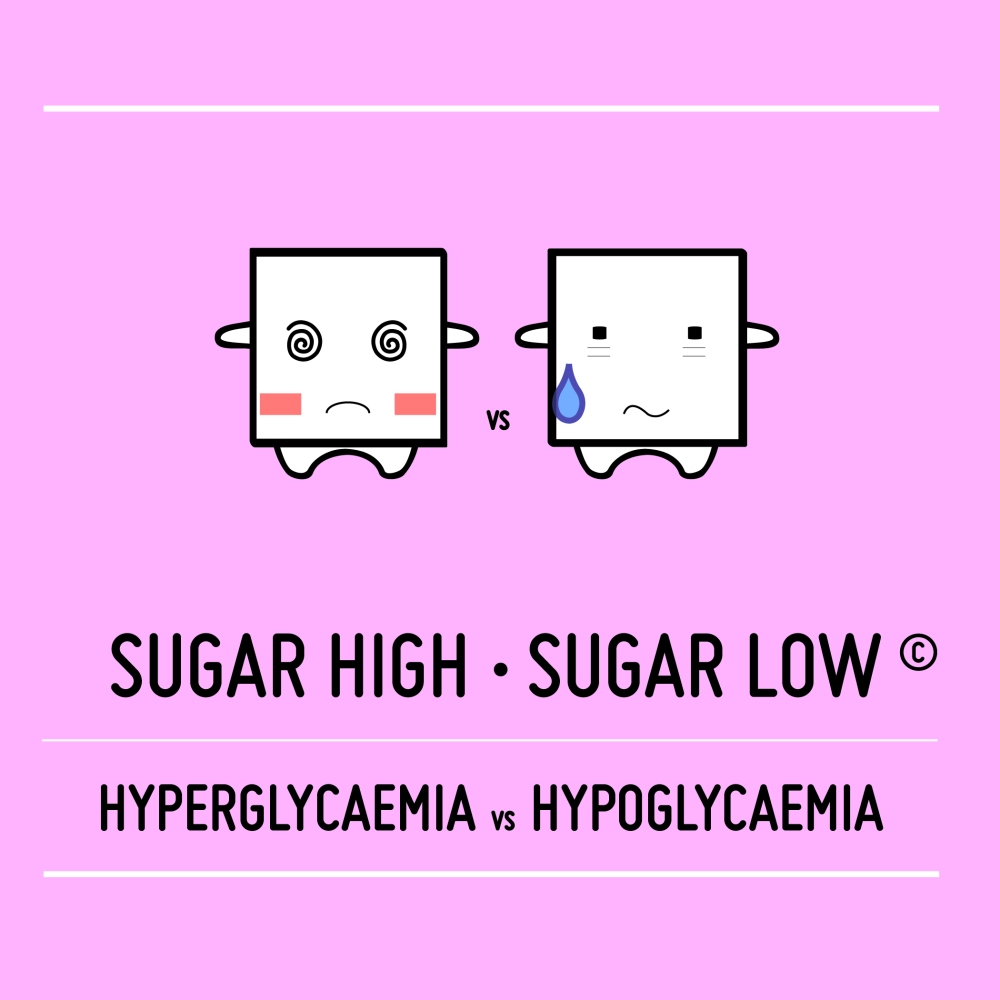 As a Type 1 diabetic, I am all too familiar with high and low blood sugars. It’s a constant struggle to keep levels within a good range. When I think about it, diabetes and controlling BGL is quiet a scary prospect. People without diabetes may not realise the difficulty of managing their sugar levels, because the body does this automatically.

On a daily basis I’m faced with the complexity of managing, my sometimes unpredictable blood glucose levels. I’ve learnt that there are many factors which can impact blood glucose level (BGL) such as, eating too much, or not eating enough, eating on time, how much exercise I’ve done, stress, too little, or too much Insulin. It is extremely important to keep a close eye on what I’m eating, the Insulin I take and most of all my BGL. It all ties together!

What is Hyperglycaemia (Sugar High)? 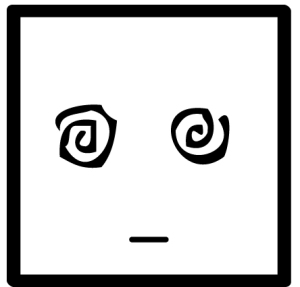 Hyperglycaemia – this occurs when blood glucose levels increase above 11mmol (200mg/dL) and circulate in the blood stream. High BGL’s over a period of years can lead to many type of serious complications. I will touch on these complications in another post.

In the weeks prior to my diagnosis, I began to experience symptoms which were consistent with chronic hyperglycaemia. I will just outline a few of these symptoms.

What is Hypoglycaemia (Sugar Low)?

Hypoglycaemia – A hypo is triggered when blood glucose levels fall under 4 mmol/L or (72mg/dL). This fall occurs when, too much insulin is given or too little food is consumed.

Hypo symptoms vary from person to person. Some diabetics have very few to no symptoms at all. My symptoms, and the way they happen have changed throughout the years. The biggest change was during my pregnancy. Its really up to the individual to learn their symptoms so that they can act quickly when they find themselves in this situation. However I’ll give you a general break down of the way my symptoms usually occur.

If my symptoms progress: 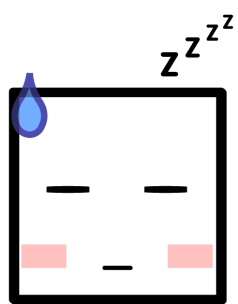 Occasionally I’ve had hypo’s during the night. This is known as ”nocturnal hypoglycaemia”. I usually wake up in a confused state, feeling absolutely exhausted, with a piercing headache, damp clothing and sheets due to sweating.

Dealing with these symptoms can definitely be frustrating and testing at times. The huge responsibility, that comes with accepting my condition, whilst trying to manage it to the best of my ability is terrifying. I can’t say that any one symptom is more severe than the other, as the feeling of each one is severe in itself. As the hypo progresses the earlier symptoms are enhanced. Finding the right balance between food, exercise, and insulin will give you the best of BGL’s on one day. Then on another day this perfect balance becomes irrelevant, causing BGL’s to be disrupted. It really is a daily battle, one which can make other things seem so trivial. As hard as it can be,  I try to remember this,

“my rules of encouragement”

“Take responsibility and control of it, before it controls you.”

I’d love to see your perspective in the comments! What symptom’s do you have? How do they progress? Have they remained the same throughout your time with diabetes? Any Type II diabetics have you experienced any symptoms? If you’re not diabetic, have you ever experienced being with or around someone who has suffered a hypo/hyper? Are you able to recognise that the person is experiencing a hypo/hyper? Maybe by a change in their mood, expression, or the way they are talking etc?